After seeing countless talented women have their ambitions thwarted, Amanda Brennan asks what can be done to achieve gender equality in film and TV. 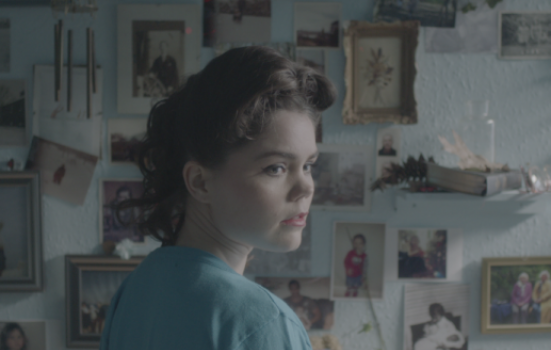 ‘Birthcloud’ directed by Amanda Brennan with cinematography by Nicola Daley

Gender equality in film and television is a major issue, be that in relation to equal pay, roles for women or positions in the board room. Although there have been many initiatives, such as female-only festivals and campaigns to address the balance, statistics indicate that there has been little real impact

For the top 250 grossing films worldwide last year, women comprised just 19% of all producers, executive producers, directors, writers, editors and cinematographers. The picture regarding crew is even bleaker. In a study by Stephen Follows of the 100 highest grossing films between 1994 and 2013 only 22.6% of the crew were female. This was composed of sound 15.1%, special effects 8.6% electrical 5.1%, editors 24.2% and art department 18.7%.

Interestingly, film courses do not replicate this trend. In most cases, over 50% of places are taken by women, indicating that the talent is there but not the opportunity.

Awards and film festivals follow a similar trend. At the Cannes Film Festival this year out of 49 features eight are directed by women, with only three out of 20 in competition for the Palme d’Or. At the Goya Awards in Spain of the 143 films, 12 were directed by women, and of the 127 nominees for BAFTA only 27 were female.

It is astonishing that in what is often seen as a progressive industry woman remain so under-represented. As an educator, I encounter countless talented and aspiring female creatives and have a high level of frustration that our skills and ambitions are often thwarted.

I believe that change does not have to emerge from the top and a few years ago made a decision to offer support and encouragement. Since 2012 I have been running an MA in Acting for Screen and at least half of my annual cohort of 20 are female.

As part of the course we make films (up to seven a year) and the students also produce their own shorts for their final project, many of which go on to be screened at festivals internationally.

In the early years of running the programme I employed mainly male directors, writers and crew. This was because I received more CVs from men, male directors were more persistent in working or arranging to meet, and it was (and remains) very easy to source male crew. Women seemed to be absent in certain roles. I therefore made an active decision to redress the balance and seek out female creatives. This has not always been easy.

Since 2012 the course has produced 21 short films and one feature. Women have directed twelve of them, all have had at least two female heads of department, women wrote ten of them and have produced 16 of them, and all had a female executive producer. The films have been shown at eight festivals including a nomination for the best comedy and best director at London Shorts (2016), and four awards at Monaco Film festival in 2015.

Sourcing female crew members, such as gaffers, camera assistants, first assistant directors and editors, has been less successful. To rectify this, an initiative is being launched to establish a network and directory of female creatives in all areas of the industry for those who have recently graduated from film courses. I recognise that in some instances mentors may need to be put in place, but from 2017 I aim to have at least a 50/50 split in crew members.

There is also a strategy to continue to develop female alumni as producers, editors, writers and directors by inviting them to work on the projects that are scheduled throughout the year. This will create the opportunity for safe exploration and skill development.

On a broader scale there has been significant lobbying and research undertaken by organisations such as The Geena Davis Institute of Gender Media, Women in Film and Television and Filmonomics. They run mentoring schemes, networking events and lobby for women’s interests.

We do it Together is a new production company that aims to back work led by women and challenge female stereotypes, supported by actors Juliette Binoche and Jessica Chastain. Raising Films is another organisation which supports and campaigns for women who are parents working in the industry.

Although change seems to be slow, the consistent work of many women across the industry has made an impact. The British Film Institute has pledged to follow in the footsteps of Norway and Canada by putting diversity at the heart of its decision-making.

A significant development will be to provide 50% of all public funds to female-led projects by 2020. Such actions are a progressive move towards equality. In the meantime, it is valuable for all educational institutions to consider what they can do to see this progress continue at a grassroots level.

Amanda Brennan is Principal Lecturer at the Royal Central School of Speech and Drama.
www.cssd.ac.uk

The talk of the town

When Ron Evans started thinking about how to make post-show talks more appealing and accessible, he found audiences hungry for new ways of engaging with the arts.

Without creative thinking, society will sleepwalk into a climate disaster. The arts have a crucial role to play in inspiring, challenging and provoking us into action, says Judith Knight.

Whose play is it anyway?

Theatrical productions typically give priority either to the playwright’s text or the director's interpretation. Eve Leigh challenges theatre to move on from these hierarchical models and open up new space for more trusting and collaborative work.

Do you have something to share with the rest of the arts sector? Find out more about writing for ArtsProfessional here.

Jobs of the week